Have you heard someone say that Bariatric Surgery is the easy way out? I would say nay. As I prepared for my surgery, I began my liquid diet which included broth, fat free cream soups, sugar-free Jello, Propel and protein shakes. It was difficult. Going from eating 2,000ish calories a day to drinking my nutrition was not easy. I say nay that this is an easy way!

One evening, as my family ate a $5.00 Hot & Now Pizza, I hid away in a bath. Calgon did not take me away but instead I spent an hour listing everything that I wanted to eat. I felt defeated. I felt empty. Nothing felt easy. As the temperature of the water cooled and so did my need for food. I asked the Lord to strengthen me. I felt like I could press forward to the goal before me. I was able to join my family the rest of the night instead of hiding in my weakness.

I would like to lie and say that I did not struggle again with the fast but that would be dishonest. The night before my clear liquid diet, I decided all this is not for me. Am I really that big? Do I weigh enough for this surgery? Then, I thought of the diets that I had yet to try…would x-y-z diet work instead of surgery? I was lovingly pointed to truth: My insurance company, the doctors, and the scales declared me morbidly obese. I qualified. The book of Hebrews tells us:  “let us run with endurance the race that is set before us”. I say yay! 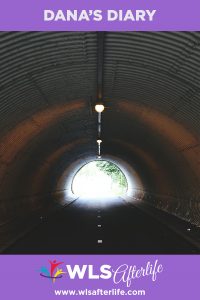 You did it!  You worked hard and lost the excess weight after bariatric surgery.  The scale is showing a number that puts a smile on…

Pizza Chaffles, done 4 ways At WLS Afterlife we are dedicated to providing tasty recipes for you to incorporate into you bariatric diet. By popular…

The mind stays hungry even when the pouch is full. Is there a surgery for that? Your staples being removed post-surgery does not hurt if…

Regardless of where you are in your weight loss journey, staying hydrated is key to maintaining your health. After making the life-altering decision to start down a new path with bariatric surgery, the importance of hydration becomes that much more pronounced, and maybe even a tad difficult.

Life before Weight Loss Surgery The clock strikes 12:00am…Happy New Year!! Another day of committing “this is the year that I will be healthy: lose…